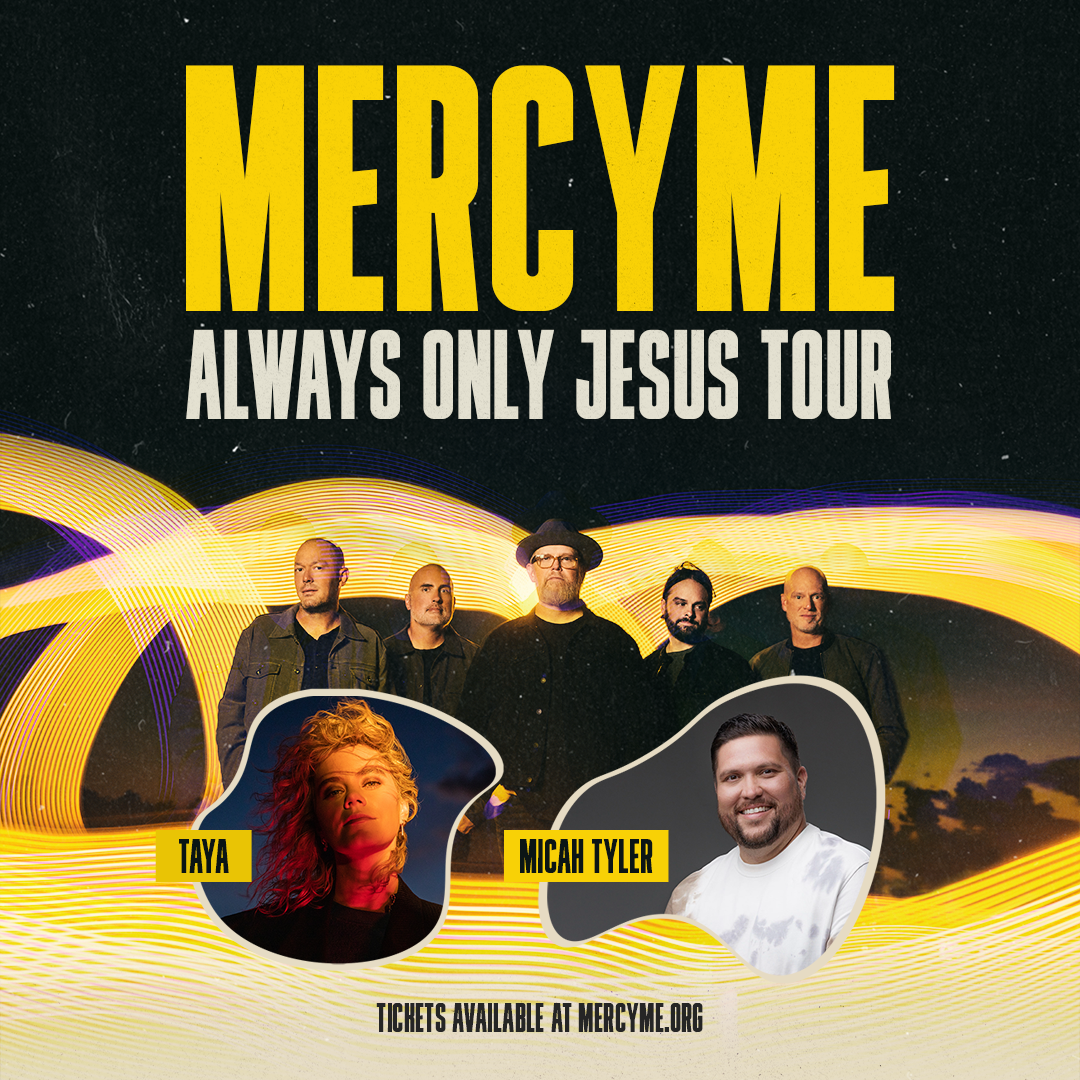 GRAMMY® nominated Christian music band MercyMe, featuring special guests Taya and Micah Tyler, is set to perform at The Stanley Theatre on Thursday, March 2 at 7:00 p.m. Formed in 1994 in Edmond, Oklahoma, MercyMe has more than 9 million units in cumulative sales and has seen 28 of their songs reach No. 1 across multiple radio formats, in addition to garnering four mainstream radio hits. Their landmark song “I Can Only Imagine” was the first digital single in Christian music history to be certified platinum and double-platinum.

In 2009, Billboard named MercyMe’s “Word Of God Speak” the No. 1 Song of the Decade, and the group the No. 1 Artist of the Decade in both the Christian Songs and Christian AC Songs categories. In addition, they have multiple GRAMMY® nominations, American Music Awards, and GMA Dove Awards to their credit.

The band has sold out venues throughout the U.S. and Canada and has appeared on Macy’s Thanksgiving Day Parade, The Today Show, The Tonight Show with Jay Leno, FOX & Friends, and in the pages of Entertainment Weekly, The New York Times, and more.

You are now leaving The Stanley Theatre

The Stanley Theatre provides links to websites of other organizations in order to provide visitors with certain information. A link does not constitute an endorsement of content, viewpoint, policies, products, or services of that website. Once you link to another website not maintained by The Stanley Theatre, you are subject to the terms and conditions of that website, including but not limited to its privacy policy.

You will be redirected to